Who is Haseena Parkar? The ‘Queen of Mumbai’ Shraddha Kapoor Plays In The Biopic 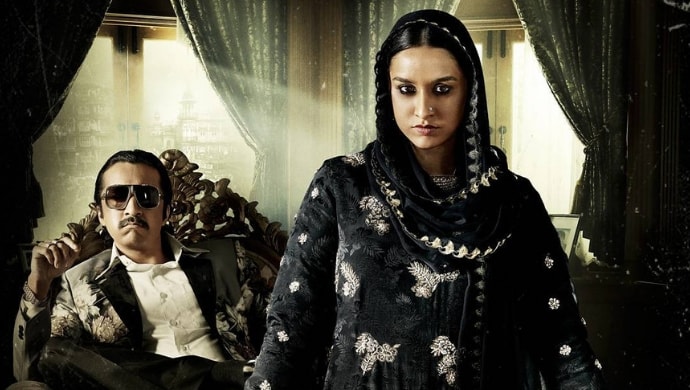 The amount of terror she struck into her enemies cannot be described by a word in the dictionary because they would all ricochet against the keyboard and fall flat, dead. Because Haseena Parkar, sister to notorious don Dawood Ibrahim, instilled fright with just the mention of her sinister moniker – Aapa. Born seventh in the family of two children to a Mumbai Police havaldar and his stay-at-home wife, the ‘Queen of Mumbai’ that once ruled every rooster in the city graced the silver screen through actress Shraddha Kapoor, through Haseena Parkar. Filled with deep, dark secrets only for the forbidding mafia to know, the biopic Haseena Parkar is packed with all the ingredients for a blockbuster film.

Ever since the movie opened in cinema halls, and even before, the audience has filled up search engine feeds with questions about the woman in question. So, who is Haseena Parkar? What is so special about her that a biographical drama was dedicated to a godmother-cum-gangster?

Aapa – the name the world recognized Haseena by was enough to send spine-chilling shivers down Mumbai’s certain area(s). Journeying from a sibling of a fugitive to a mother to four to the maseeha of Nagpada – Parkar has led a life worth telling a tale about. Soon after her brothers fled from Mumbai following the infamous 1993 bomb blasts, the clock had started ticking for Haseena to take over the reins her siblings left behind. But it first after the death of her husband Ismail Parkar at the hands of rival Arun Gawli’s gang in 1991 that she had held the legacy in crime.

Haseena took over ‘Bambai’ and just like any other kingpin of the underworld, she was neck deep in any business you name – extortion, seizing real estate, kidnapping, killings, money laundering etcetera. Heinous than her male counterparts, Parkar also helped Bollywood films lock overseas rights deal, Central Russia and the Gulf nations being her primary areas. Her involvement was traced in the Hawala rackets to transfer money from Middle East to India and vice versa. But despite the 88 cases registered against her, Aapa appeared in court only once, only to be granted bail.

Shraddha Kapoor Explored Nagpada In A Burkha To Understand Her ‘Haseena Parkar’ Character.

Like any other in the trade, Haseena needed a helping hand too. She tried to indict her son Danish in the company but his death in 2006 spelt doom in the years to come. After her appearance in the court, the hood stayed maintained a low profile. Until she complained of chest pain in July 2014 and passed away of cardiac arrest at 55.

Haseena Parkar is the story of this very Nagpada’s godmother who stayed when even her own blood was on the run. She became the dictionary definition and an embodiment of terror as she led her life tracing the footsteps of her criminal brother. While Shraddha plays the titular lead role, her real brother Siddhant Kapoor plays her reel brother and the leader of the D-company in the film.

Now watch your favourite movies anytime, anywhere only on ZEE5!