Why Commando: A One Man Army’s Simrit Kaur Is An Inspiring Character For All Women

There are important lessons that we, especially women, can take from Pooja Chopra's character in the film. 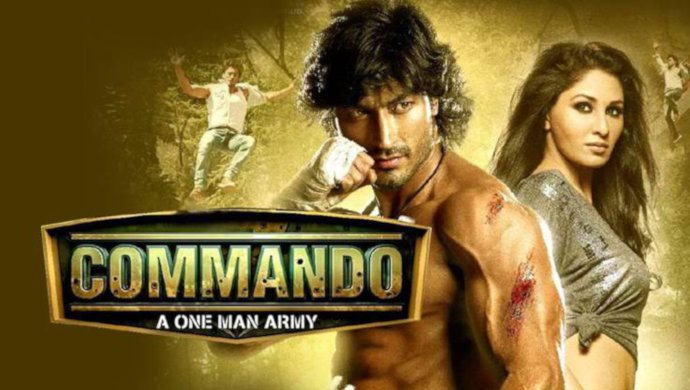 Times are changing today where women are speaking up against injustice. However, there is still a long way to go, as atrocities and abuse against them continue. In times like these, it helps to latch on to reel as well as real-life personalities that are inspiring. When it comes to cinema, films such as Queen, Mardaani, NH10 amongst others have given us strong female characters. Commando: A One Man Army gets added to this list, with Pooja Chopra’s role as Simrit Kaur.

Watch how Simrit tricks the bad boys with her clever ways.

Simrit is spirited and rebellious. She hails from a town in Punjab which is regressive and dominated by a bunch of goons that threaten and kill people for selfish motives. While the town shivers at the mere mention of these bad boys, Simrit is the only one who can stand up to them.

She answers them back and stands her ground, as they say, derogatory things to her. Simrit rubs Amrit (played by Jaideep Ahlawat) the wrong way, by taunting him. When he tries to attack her, she escapes. What’s intriguing is that she has an intricate plan in place to do so!

Aside from standing up for justice, Simrit is also seen rebelling the usual norms that women are expected to follow such as wearing traditional clothes and maintaining a certain decorum in the village. She wears modern dresses and is seen carrying them off with ease and pizzazz. Simrit’s bold character in the film is a reminder that to make a change happen, one needs to be the change.

Women continue to be dominated by patriarchy and those like Simrit are required to break this practice. She is inspiring and her example can be followed by women who find themselves leading a life they don’t wish to.

If you’re looking for more movies with strong women lead characters, ZEE5 has them all.

Tell us about inspiring women that you look up to. Hit the comments section below!