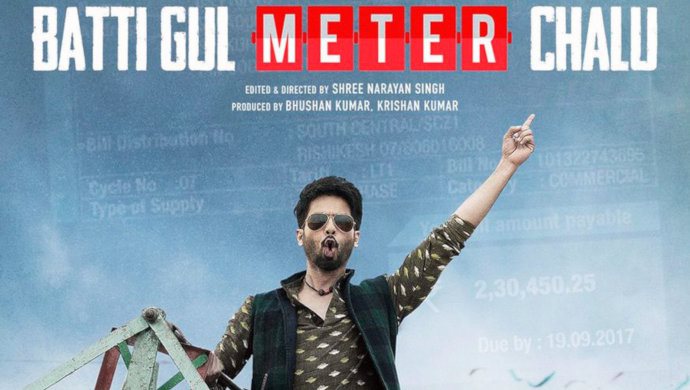 After Shahid’s impeccable performance in Haider, it was hard to imagine him outdoing himself. But with Batti Gul Meter Chalu, the actor comes close.

In the film, Shahid plays SK, a lawyer who cons people and earns millions. He is sassy and has an answer to everything. He has a swag and knows too well, that he is desirable. To play SK, the film evidently needed an actor who was confident, self-assured and Shahid fits the bill perfectly.

Watch his performance in the film and you’ll know what we’re talking about.

He does justice to SK with his comic timing and flawless Uttarakhand dialect and accent. It is hard to tell that this way of speaking is not something he is used to as he nails every word! The most compelling scenes in the film are the court scenes where SK fights a case, defending his best friend. He sheds light on the electricity crisis in India and brings forth some hard-hitting facts that are hard to ignore.

What’s remarkable in this scene is how perfectly Shahid carries off each line with his dialogues and emotions. SK is angry, upset and this is reflected perfectly, thanks to the actor’s delivery.

He also displays complete control of his character as well as smoothness, where he transitions from one scene to another with ease. The scene is executed so well that you feel the drama unfolding before your eyes is real. Shahid proves that monologues are his forte and he comes at par with his act in Haider.

With BGMC, Shahid has proven again that he is a force to reckon with. Which of his performances do you like the most? Tell us!

Watch Rangbaaz, A Thrilling Zee5 Original Series That Will Keep You On The Edge Of Your Seat!

7 Dialogues From Kaafir That Beautifully Capture The Meaning Of Love, Freedom, Humanity