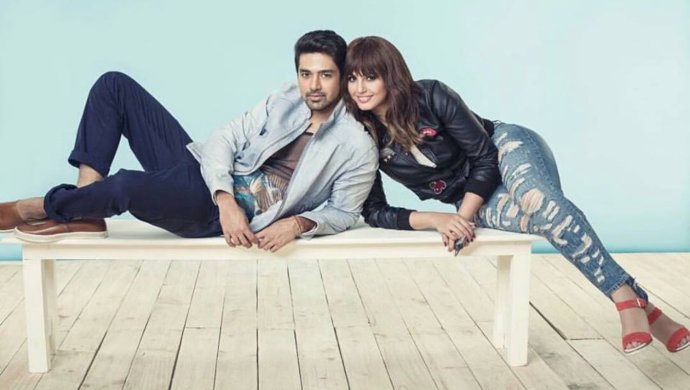 Saqib Saleem plays Shiv Prakash Shukla in Zee 5’s original series Rangbaaz, that tells the story of a real-life gangster from Uttar Pradesh. While on one hand Shiv is shown mercilessly killing people, on the other, we see him reaching out to his family, especially his younger sister Shweta.

Watch how Shiv takes care of her.

Shiv is fiercely protective about his baby sister, to the point where he even murders the man who eve teases her. He constantly looks out for her and makes sure she’s doing okay.

Even though Shiv is away from Shweta, he delivers a cell phone to her so that he could stay in touch with her. Shiv’s closeness with his sister, reminds us of the wonderful equation Saqib shares with his real-life sibling Huma Qureshi.

The two actors entered the industry around the same time and have stuck by each other through all odds. Saqib and Huma live together and have time again publicly spoken about the deep bond they share.

We got a whiff of Saqib’s over protective nature about Huma in a fun interview on Zee ETC’s Bollywood Business, when she revealed that her brother made her tie Rakhi to all his male friends so that there’s no scope for anything more. Lol, that’s a straight out bhaiya move, right?

Watch them reveal interesting secrets about one another here.

Huma too shares a similar thought process when it comes to Saqib. She once told a popular publication that she’s “possessive” about her brother but at the same time gives him space.

Shiv in Rangbaaz shares a friendly equation with Shweta and makes her his priority. He even pampers her with expensive gifts. Saqib once told a popular daily that before being siblings, Huma and he are best friends. “We are best friends first then siblings.

We are number one on each other’s speed dial. Koi bhi issue ho (if there’s any issue) she will call me and I will call her. It’s like that equation we share. We don’t hesitate to share anything with each other,” he said.

I miss seeing your face so much that I am putting so many pictures with you.. Ghar aaja pardesi !! @iamhumaq

The brother-sister duo has also spoken about their dependency on each other and how each other’s support has made it easier for them to settle in Mumbai and stand their ground in the industry.

Three cheers for these amazing siblings! Which other celebrity brother-sister duo do you like? Tell us in the comments section!

In the meantime, relive iconic Bollywood scenes through the eyes of India’s first stuntwoman Reshma Pathan in The Sholay Girl on ZEE5 now!

Watch Saqib Saleem's Dil Juunglee If You Want To Have A Laugh Riot!

EXCLUSIVE! Shakti Anand: I'd Love To Make Content In The Superhero Space