On the occasion of International Women's Day 2019, stars of Guddan Tumse Na Ho Payega and Yeh Teri Galiyan send out a special message for their fans. 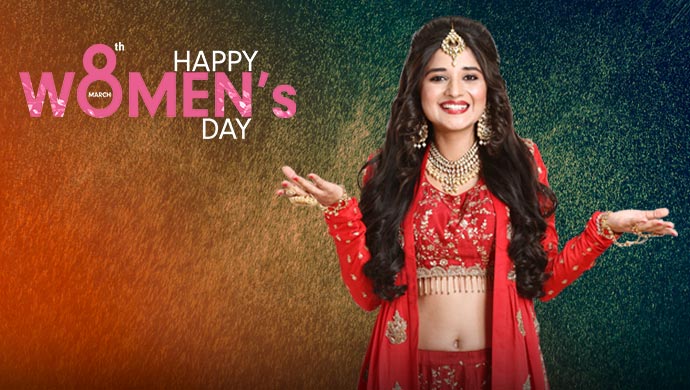 Pink is a girl’s favourite colour. A woman has to get married before she touches 30. These are two of the countless myths identified with womanhood. Society as a whole has imposed several restrictions and certain limitations for females! Breaking free from all the stereotypes and bias, on International Women’s Day 2019 stars of Zee TV shows Guddan Tumse Na Ho Payega and Yeh Teri Galiyan urge for a #BalanceForBetter. Actress Kanika Mann, who we popularly recognise as Guddan from a leading television serial Guddan Tumse Na Ho Payega, made a valid point.

She said the world should be equal by default, and there shouldn’t be a need to ask for equality and celebrate the same with a day. To know more, watch this video:

She further emphasized on helping each other as a society, on all days, and not just a special occasion. She asked all her fans to not let the fear of being judged stop them from taking any decision!

Besides Guddan, Yeh Teri Galiyan actress Kinjal Pandya spoke how women are expected to behave in a certain way. Better known as Paromika Mazumdar from the show, Kinjal stressed how people assume that female drivers cause accidents more than male ones. Sharing a message for all her followers, Kinjal asked everyone to function free of bias and that there is nothing a woman cannot achieve!

Raymon Singh spoke about how women are often underestimated. Seen as Nivedita Mazumdar on Yeh Teri Galiyan, she revealed how a female is a lot more than what people think of her to be! A mother and a wife herself, she says that finding a balance between professional and personal life is not difficult and she manages it very well!

As for Puchki from Yeh Teri Galiyan, she is the same bada** she is on the small screen! A strong, independent and efficient person, actress Vrushika Mehta who plays Puchki’s role wished all her admirers a very Happy Women’s Day!

Stay up to date with all the episodes of your favourite Zee TV shows, watch them for free only on ZEE5.

The Sholay Girl: 5 Reasons Why The Story Of India's First Stunt Woman Is A Must Watch