Mallika Dua and Shweta Tripathi talk about their quick friendship, while Mallika Dua gives her honest opinions on 'social media'. 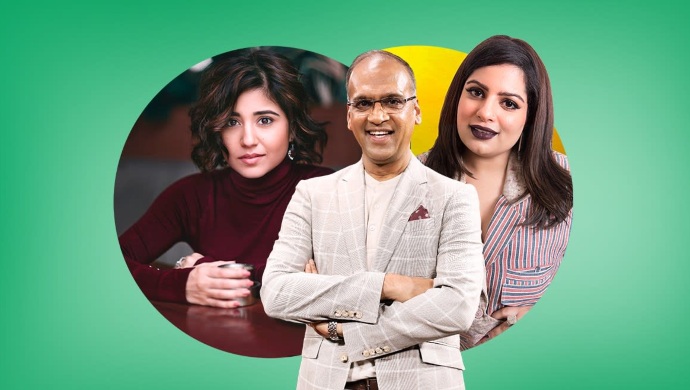 Mallika Dua and Shweta Tripathi are two best friends who have worked in web series together and stars in their own right. They sat down for an interview with Komal Nahta where their friendship was more than evident and the conversation was freewheeling and honest. Don’t forget to watch the bonus (blooper) clip at the end of the episode for a few extra laughs.

Shweta Tripathi and Mallika Dua share that they wanted to be friends even before they worked together. Mallika Dua says that she first realised she had made her mark after one of the clips on YouTube became popular and some hot guy in Khan Market, in Delhi, said he was a fan. Shweta mentions that she knew she made it when Farhan Akhtar saw her role in Masaan and met her after the screening to give her a warm hug.

They play a fun rapid round of social media related questions where Mallika Dua compares Twitter to a public toilet and Facebook to an old grandparent who no one visits anymore, but who secretly holds all the power and property. While discussing the most overrated social media influencer, Mallika Dua names Narendra Modi.

Shweta Tripathi talks about the trip to Bali for her best friend’s wedding along with Mallika Dua. Not being able to travel anymore, Mallika Dua also says that she is bored of seeing social media influencers making content on cleaning their homes and cooking. Mallika also mentions that the worst film she has seen in 2020 is Love Aaj Kal 2 comparing it to reheated pizza. She also says that she wants to send the people making bad remakes of AR Rahman songs on a one-way ticket to outer space, we couldn’t agree more.

Watch more such funny conversations and comments from these two brilliant new actors only on ZEE5. Watch the first episode of Yaar Da Punch with Ayushmann Khurrana and Taapsee Pannu on ZEE5.

5 Unbelievable, But True Stories Of Celebs Like Sumeet Vyas And Swara Bhaskar On ZEE5