Played by Eisha Singh, Zara's character is the epitomises girl power. She is an advocate of equal rights for both men and women in society. 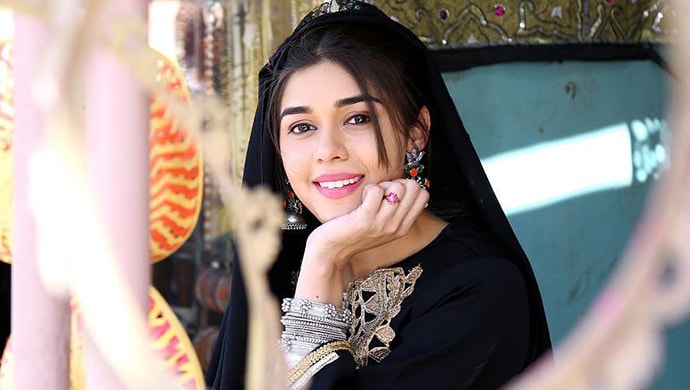 Entertainment in India and worldwide has seen a sudden shift in the pattern. From using female actors as mere props or to add sizzle, a large chunk of juicy roles is being specially written for the gender. There has been a drastic change in the way women are portrayed. Even television shows have caught up with changing times. Take the character of Zara Ahmed from Ishq Subhan Allah for example.

Actress Eisha Singh plays the role of a strong-headed, opinionated and independent girl on the Zee TV show. This is in contradiction to the docile, tear-shedding dame shown in serials earlier.

Zara goes against her own husband over age-old beliefs and stands for her own modern-day thoughts. She is a female who isn’t afraid to fight the good fight, without any help. Exactly why we feel her reel avatar is the poster girl of feminist! For those still not convinced, allow us to explain…

Firstly, it is her strong point of views related to social matters and the ability to speak her mind which is immensely inspiring. And her quality to question the unjust practices and even fight against them is something we all should take a cue from, right?

Believe in yourself when no one else does. #MondayMotivation

And contrary to popular belief, an educated woman can equally take care of household chores and run it well. Zara holds contemporary views but that in no way stops her from fulfilling her responsibilities towards her family.

Remember when Zara stood against all odds to prove that her husband Kabeer never cheated on her? But at the same time, she went against her husband for the rights of women in society. In short, her body of work on the show goes beyond any religion and applies to every female. She is someone the society strongly needs.

Counting down hours to the Eid celebration tonight! Less than 3 hours to go 🌙✨

Ishq Subhan Allah deals with the sensitive issue of Triple Talaq aka Talaq-e-biddat. However, the clash between the ideologies of a husband and wife, namely Kabir Ahmed – Zara Ahmed has only added to the show’s popularity.

Do your support the views Eisha’s character Zara holds in Ishq Subhan Allah? Or do you think Kabir is right? Share your thoughts about the two protagonists in the comments box below.

Can You Guess Which Popular Show Ishq Subhan Allah's Shalini Arora Was Also A Part Of?