Vote for your favourite film, actor (male and female both) and song from 2018 and help them win Zee Cine Awards 2019 in Viewers' Choice category now! 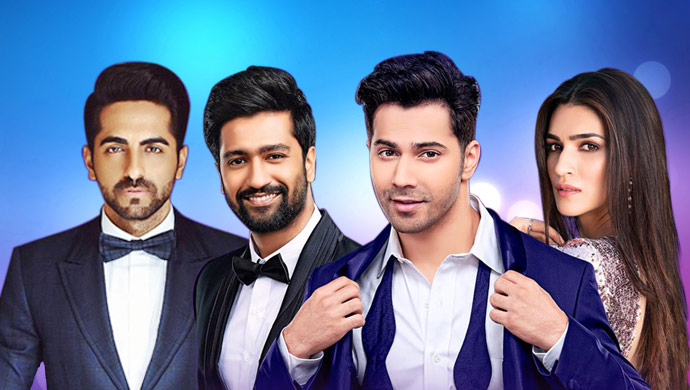 Bollywood buffs are in for a treat! An entertainment fest, a rather extravagant one, is on its way to your screens as you read this. Zee Entertainment Enterprises Limited (ZEEL) is back with its celebration of the best of Bollywood, Zee Cine Awards 2019. Honouring the excellence and brilliance in Cinema, Zee Cine Awards 2019 will see the creme de la creme of Bollywood turn up looking their fashionable best for a night of revelry!

A prestigious assortment of movies, masti and music couple with glitz and glamour shall comprise the highly anticipated star-studded do. Empowering the viewers and fans across the world to choose their deserving favourites, the awards event will determine winners in the Viewers’ Choice category through a social media voting mechanism. Viewers from regions including the UK, Middle East, APAC, etc can participate and cast their vote via the ZEE5 App OR on Zee Cine Awards social media platforms (FB/ zeecineawardsofficial | Twitter – @zeecineawards | Instagram – @zeecineawards) OR on www.zeecineawards.com OR give a missed call on 1800 120 1901 OR on any of the Zee Cinema social media platforms.

So to speak, 2018 has been phenomenal for Hindi films. Reflecting on the exceptional deliveries, check out the list of nominations for  four popular categories ‘Best Film’, ‘Best Actor- Male’, ‘Best Actor- Female’ and ‘Song of the Year.’

Sanju, Stree, Padmaavat, Simmba, Badhaai Ho and Sonu Ke Titu Ki Sweety – which movie of 2018 do you think deserves to win? Don’t forget to cast your vote, each one counts!

Ranveer Singh has swept two nominations for Padmaavat and Simmba both. Ranbir Kapoor is in the race for his portrayal of Sanjay Dutt in the biopic Sanju while Ayushmann Khurrana too makes for a strong competition for Andhadhun. Kartik Aaryan for Sonu Ke Titu Ki Sweety and Varun Dhawan for Sui Dhaaga: Made in India are in the running for Best Actor (Male) trophy too! Which hero deserves to win according to you?

Alia Bhatt’s performance of a spy Sehmat has landed her a nomination for Best Actor (Female) award opposite Deepika Padukone for playing Rani Padmavati in Padmaavat. Kareena Kapoor Khan and Sonam Kapoor Ahuja too are in the running for their respective roles in Veere Di Wedding. Taapsee Pannu’s gritty stint in Mulk and Anushka Sharma’s unusual role of Mamta in Sui Dhaaga: Made in India have been selected too! Which of these heroines performed the best? Comment in the box below and let us know.

Popular chartbusters have been nominated to contest for the Best Song of the Year trophy – which one wowed you the most? Vote for your favourite track and help it win the award!

Keep up with the latest of entertainment on ZEE5 anytime, anywhere!

5 Songs From Uri: The Surgical Strike That Will Keep The Josh Very High And Blues At Bay