Dalljiet Kaur, popularly known as Antara on Guddan Tumse Na Ho Payega, tells us how audiences reacted to her role and her return on the show. 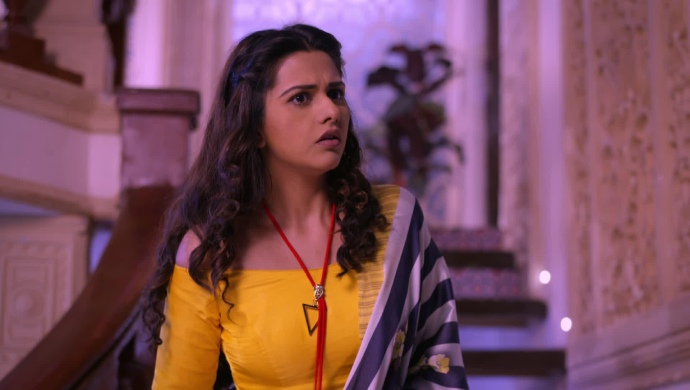 There are characters you love to watch on screen and then there are characters you love to hate-watch. When they come on-screen you know something is about to go wrong,  but you are equally excited to see what they are upto! Dalljiet Kaur, who plays the role of Antara on Guddan Tumse Na Ho Payega, fits this category perfectly. She has, in her kitty, a well deserved nomination at the Zee Rishtey Awards for her role on the show. She talks to us about her character and the possibility of her returning to the show.Watch the highly entertaining Dussehra special where Antara is killed here.

1. How does it feel to be nominated for your role on Guddan Tumse Na Ho Payega, at the Zee Rishtey Awards?

Dalljiet: I am very excited to be nominated for Guddan Tumse Na Ho Payega. This is the first time I’m doing a dark and evil character. Seeing all the late mail that I’m getting is a sign that it succeeded I guess.

2. What is the biggest twist on the show that even you didn’t expect?

Dalljiet: The biggest twist on the show is that I was burnt alive. I did not see myself dying such a brutal death! And, another surprising twist would be that I may or may not be coming back.

3. What was the meanest reaction that you got from the audiences about your character?

Dalljiet: I wanted Antara to be more than just evil. So, I gave her this crazy laugh. I felt she should be witty and if she laughs you know she is going to bajao someone and go. People keep telling me that the laugh scares them.  I keep getting all these hate mails saying I should burn not only 80 percent but 100 percent. Sometimes when I go out, people tell me ‘You used to do all these good roles, why did you become the villain on Guddan.’ But I like it, keep the hate mails coming.

4. Another show you made an appearance in, Haiwaan, is also nominated at Zee Rishtey Awards. How do you feel about your role on the show?

Dalljiet: I did Haiwaan because it was a different show. I had a very small role and died in the first episode itself. But I did it because I liked it and I think it’s time we show that Indian TV can be more than the regular daily soaps.

5. What is your New Year’s resolution?

Dalljiet: I haven’t made any resolutions. I only wish for me and the people close to me to be safe and happy. Also the characters that I play should be safe and not die in the first episode or get burnt alive.

Watch her cameo in the very first episode of Haiwaan, streaming on ZEE5.