Here's what you can expect in ZEE5 in the coming year with the app interface and how it will help you as a viewer. 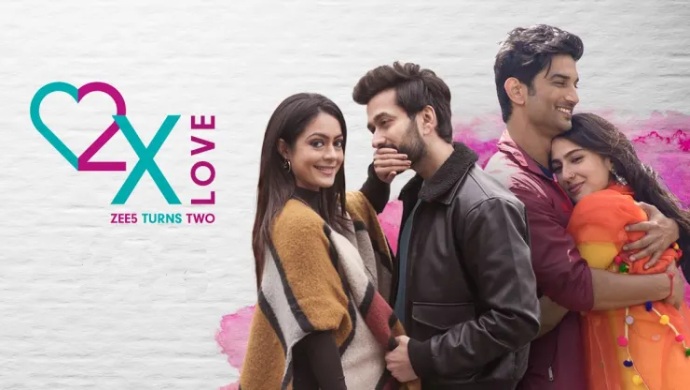 ZEE5, India’s largest and the most popular ConTech OTT platform, today marked its second anniversary with new and exciting content in 2020. A stellar 2nd year saw ZEE5 continue to break records while creating industry-first benchmarks. From launching 100+ Originals since inception to becoming India’s largest original content producer to the launch of the Progressive Web App, from introducing ZEE5 Super Family (ZSF) – India’s first ever fiction gaming to the launch of PLAY5 – a tool that lets brands engage with consumers, and from disruptive product and technology enhancements by onboarding 13+ partners from Israel to a strategic partnership with Applicaster, one of the leading global cloud platforms for media app development and management, ZEE5 continued to bolster its efforts to entertain India 24×7 on any device at any time!

The success reflects in the numbers. After crossing 100 million+ downloads on the Play store since launch, the app recorded a peak 11.4 million* DAU (Daily Active Users) base in December 2019 with an average of 140 minutes of watch time per viewer.

Tarun Katial, CEO, ZEE5 India said, “ZEE5 is a complete entertainment package destination with a depth of offerings across content types, genres and languages that is hard to beat. With our unrelenting focus on quality content that includes blockbuster film acquisitions, partnerships and technology advancements, we have seen a rapid rise in subscribers in two years of entertaining the nation. Our original content is curated and handpicked keeping in mind the taste and preferences of the Indian audiences. In addition to the best of entertainment, the third year will also see us offering educational content through our recently announced partnership with the digital learning platform, Eduauraa.”

The brand also honoured some of the ‘Most Viewed Content’ on the platform through the HIGH FIVE ON ZEE5 awards. HIGH FIVE ON ZEE5 honours the most consumed content across various categories which were adjudged based on data pertaining to consumers’ viewership, engagement rate and completion rate.

The award categories were as under:

Mr. Katial further added, “There will be much more in the months to come! 80+ Originals, direct-to-digital movies, regional packs and more to ensure we are the preferred choice for the over 550 million consumers who are estimated to take to online video viewing by FY23! The third year will see the list continue to grow with more options in each genre to satisfy the audience hunger for good entertaining content, beginning with a power-packed line up for February.”

The second year also saw ZEE5 keeping up the focus on enriching the platform with multiple technological tools to enhance the user experience. Responding to the rise of connected devices, ZEE5 allows a seamless transition of the viewing experience across screens and devices. The platform has partnered with 13+ tech disruptors from Israel to deliver a world class hyper-personalized experience for Segment of ONE. A content watching time zone exclusively conceptualized and created by ZEE5 gives viewers access to Binge-Watching Time (BWT). Segments and cohorts with embedded recommendations allow a hyper-personalised experience for the viewer.

ZEE5 also launched the Minutely, a first of its kind Auto Preview Video. The advanced Progressive Web App version works on Jellybean version Android 4.2 to 5.0 and above, and collaboration with the Kaltura player enables the users to experience a whole new dimension of the web streaming of the massive content library on ZEE5. With the bespoke version of the ZEE5 app now available on the Jio KaiOS feature phones, there has been a massive increase in reach.

What to expect from refreshed UI/UX?

BETTER PERFORMANCE
With a focus on reducing the time taken by users from app launch to consuming content, we have made key optimizations across the app.

HYPER PERSONALIZATION
Consumers are at the centre of all that we do. The new ZEE5 app offers personalization features that will blow their minds!

What to expect:
•0 step personalized content discovery
•Advanced AI/ML based recommendation engine
•Real-time learning model based on over 140K + video assets
•Over 40 recommendation models to power each interface

ZEE5 has closely worked with Google, Microsoft and AWS on various projects which are first of its kind. The future will continue to see aggressive investment in technology and tie-ups with disruptors from across the world to consolidate ZEE5’s position as India’s largest ConTech brand.

The year ahead is sure to be bigger and better with the platform powering ahead to grow five times across all segments. The slate of 80+ Originals, a refreshed UI-UX, the PWA, and options for AVOD-SVOD will serve to strengthen ZEE5’s leadership position as the platform continues to entertain India and the world!