Black Tornado: Celebrating 35th Anniversary Of The Raising Of The National Security Guard 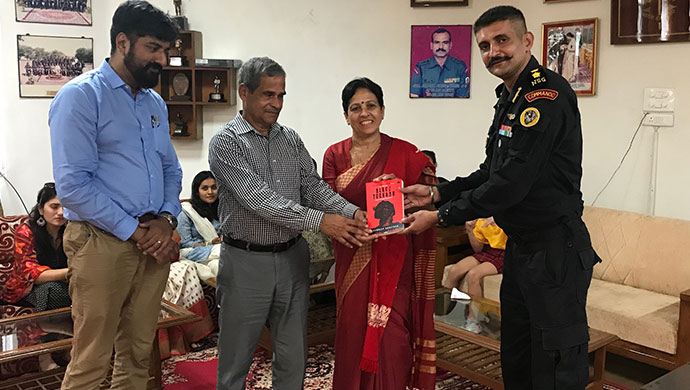 Here’s what Author Sandeep Unnithan said about releasing his book in Mumbai. “When I wrote Black Tornado in 2014, I couldn’t think of anyone but K Unnikrishnan and Dhanalakshmi Unnikrishnan to release the book in Mumbai. Not just because they are the parents of the valiant Major Sandeep Unnikrishnan who lost his life fighting terrorists in the Taj, but also because they epitomise exemplary parents who inculcate their best values in their children and send them to be part of one of India’s finest institutions, the armed forces. It’s been over a decade since they lost their valiant son Major Sandeep Unnikrishnan but they haven’t swerved from their path of committing their lives to the memory of their departed son and to inspire thousands of others who follow in his footsteps”

Produced and Created by Abhimanyu Singh of Contiloe Pictures, the gripping narrative provides a first-hand account of the tragedy that befell Mumbai, the city of dreams. The star cast includes Arjan Bajwa, Arjun Bijlani, Mukul Dev, Vivek Dahiya, Tara Alisha Berry, Sid Makkad, Vikram Gaikwad, Avinash Wadhwan among others. The series shall shed light on the hitherto unknown facts about the entire incident.

Coming soon on ZEE5, until then check out some of the other films on ZEE5 that tackle the sensitive subject of terrorism here.

Movie Masti With Maniesh Paul: It's A Double Dhamaka This Diwali With Farah Khan And Tabu