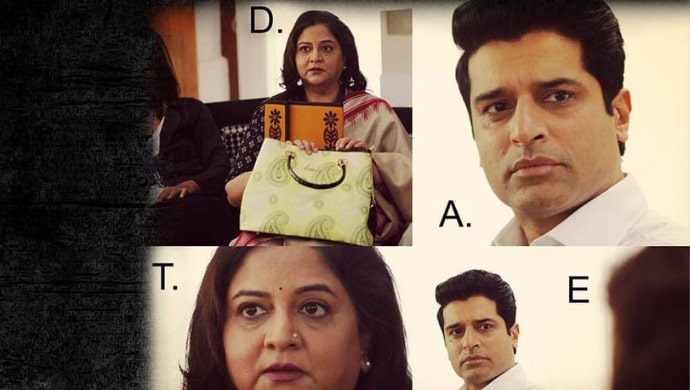 After the success of The Sholay Girl, television actor-turned-producer Shakti Anand is back with another story to tell. D.A.T.E., a ZEE5 original short film starring Shama Deshpande, Shakti Anand, and Iris Maity, has been produced by Shakti and his wife Sai Deodhar Anand under their banner Purple Morning Movies. This upcoming release narrates the story of an elderly woman (Shama) who appears for her first job interview and how her life takes a turn thereafter.

The teaser of the film is out, check it out here:

Written and directed by Shakti’s actor-filmmaker wife Sai Deodhar, the teaser promises a gentle, feel-good film equally enjoyable. Slated for a worldwide release on 12 May 2019, D.A.T.E. has won and been officially selected for more than 72 awards internationally and nationally. The 43-seconds clip features Shama as a job candidate waiting for her turn. She is asked to meet the interviewer, essayed by Shakti himself. The smile on his face slowly fades into a surprised reaction after she tells him this is her first job interview. The teaser shows what seems like an affable tale of perhaps friendships and life lessons in a workplace and beyond.

Shama is a seasoned actress who made her debut with Jodidaar. Appearances in blockbuster movies like Kaho Na Pyaar hai (2000), Krishna Cottage (2004) are some of her notable works. She also featured in the hit TV show Madhubala – Ek Ishq ek Junoon starring Drashti Dhami and Vivian Dsena. As for Shakti, he is a pharmaceutical engineer turned actor and now a producer too, who has hit serials like Kyunki Saas Bhi Kabhi Bahu Thi and Sara Akash under his belt.

What are your thoughts after watching the teaser of D.A.T.E.? Let us know in the comments box below.

In the meantime, relive iconic Bollywood scenes through the eyes of India’s first stuntwoman Reshma Pathan in The Sholay Girl on ZEE5 now!