Directed by Vishal Furia and written by Vishal Kapoor, Bombers explores the struggles of a football team Bombers FC. It premiered on ZEE5 on 22 June. 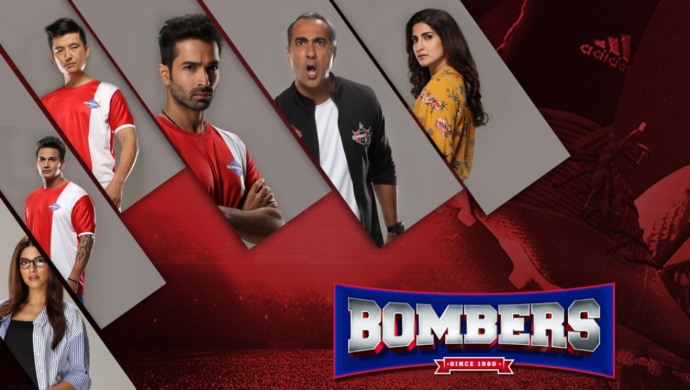 Web series Bombers entails the story of underdogs who win against all odds, exploring the true sportsman spirit, resilience and never-say-never attitude of a widely-played game. Directed by Vishal Furia, and written by Vishal Kapoor, Bombers is a ZEE5 Original sports series set in Chandannagar. The former French colony is situated on the banks of Hooghly river in West Bengal, and is the prime witness to the struggle and survival of its fictional football club Bombers FC in the face of extreme circumstances in the digital drama.

The trials and tribulations of Bombers FC begin with a tragic bus accident claiming the lives of its team members, with their captain Badol Roy (Varun Mitra) being the lone survivor. The mishap is a golden opportunity for Manik Dasgupta (Anup Soni) to gain access to the club’s grounds and convert them into a shopping mall. As he fights his own demons, Badol decides to put together a new team with the help of the club’s owner Somu Da (Zakir Hussain) and a mildly alcoholic coach Debu Da (Ranvir Shorey).

The entire story is being narrated through the lens of Andy (Sapna Pabbi), a documentary filmmaker who revisits everything that has happened to and with Bombers FC. Besides high-octane sports drama and a lively title track that gets your adrenaline rushing, Bombers boasts of a love angle too. Badol has a girlfriend Sanjana (Aahana Kumra) but they become distant after the tragedy, however, she tries to be there for him regardless. Meiyang Chang, Prince Narula feature as the new players of Bombers FC, whose new aim is to win the Zee Bangla Football League to save their grounds.

Jalebi boy Varun Mitra is the star of this series! Ranvir Shorey proves his mettle as a performer and reaffirms the fact that he, indeed, is a power-packed performer. The biggest challenge in a sports drama is to turn the actors into as good as real sportsmen – this part has been efficiently taken care of in Bombers. Aahana Kumra, Sapna Pabbi both deliver acting brilliance as always and stay true to their characters. We did feel Prince Narula could have had a little more screen time, but he won our hearts in all the frames he appeared in.

The storyline and screenplay are as simple as we witnessed in the trailer (watch here). Every scene is easy, free-flowing and doesn’t look rushed or out of place on the screen. Each dialogue that these actors mouth evoke a sense of team spirit and arouse vigour. Director Furia has done an excellent job of deleting all the probable boring parts, however, certain scenes do feel like they could have been done away with. Also, since the story transitions between the past and the present, the oscillation hasn’t turned out very smooth. Albeit, we have to give it to writer Kapoor for keeping the essence intact and getting the nuances of Bengali culture absolutely right even while exploring a foreign territory.

Overall, we’d definitely recommend you to #GoBombers. Football lovers are bound to watch #BombersBaarBaar. Catch Bombers on ZEE5 and tell us what you think about the series in the comments box below.

Until then, watch Vishal Furia’s another offering Rangbaaz on ZEE5 now.