The platform has a slew of fantastic originals in the pipeline and will start the new year 2020 with a bang! 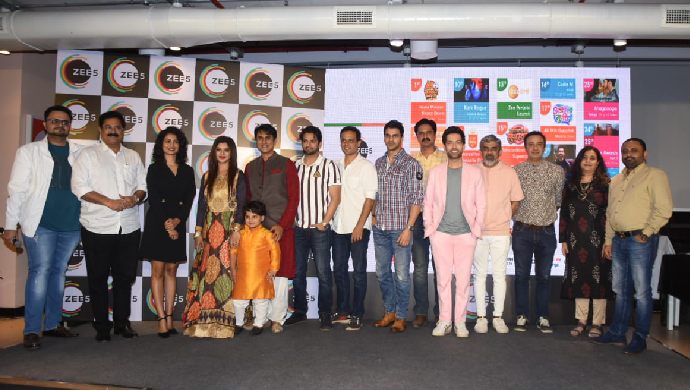 ZEE5 premiered 100+ Originals in 2019 and the platform is set to create, a new benchmark in the year ahead. At an event held at the ZEE5 headquarters in Mumbai, Aparna Acharekar, Programming Head, unveiled a power-packed calendar for January 2020 with new launches across genres and languages.

Books come to screen in January with two shows adapted from books of popular Indian authors. ’Never Kiss Your Best Friend’ a millennial rom-com based on the young author Sumrit Shahi’s best-selling novel of the same name. The State of Siege: 26/11 is a gripping tale of the terror attacks that rocked Mumbai on 26/11. The show is based on the book ‘Black Tornado: The Three Sieges of Mumbai 26/11 written by top journalist and author Sandeep Unnithan.

ZEE5 also adds to its bouquet of Telugu originals with a romantic drama series titled Anaganaga.

Aparna Acharekar, Programming Head, ZEE5 India shared, “2019 was a fantastic year where we launched over 100+ Originals across top Indian languages and created a milestone in the Indian OTT space. We are the only OTT platform in the country to have consistently delivered originals across genres and languages for all audience groups. We are all set to break our own records in 2020 and are constantly working towards ensuring an engaging experience for our viewers.”

Let us know your thoughts in the comments below.

Kumkum Bhagya's Prachi And Ranbir: It Is Always Special To Win A Zee Rishtey Award